I saw Joe Carnahan's BOSS LEVEL and that movie is gonna fuckin' PLAY. (Perfect for a @SXSW drop if they're looking.) Tightly structured riff in the GROUNDHOG DAY/EDGE OF TOMORROW vein with a magnetic Frank Grillo front and center. Synopsis/first pics here: https://t.co/vGVFKU2TEQ pic.twitter.com/XolBU4xQHc

Boss Level felt like it was made for me. It’s Groundhog Day if it starred Frank Grillo learning to become a better and better warrior in order to save his family and the world. High energy, awesome action, great twists and a huge heart. Carnahan crushed it. #bosslevel

Thanks to #colliderscreenings I got to see the upcoming movie #bosslevel by #joecarnahan starring #FrankGrillo and it was totally great! Nothing like seeing an insanely awesome movie completely cold. Highly recommended... in a few months.

What I loved most about #BossLevel wasn’t the time loop aspect, necessarily, but that the film is also a love letter to the old side-scrolling arcade games like Double Dragon and Street Fighter. As someone who grew up playing those games, this film was a real treat

#BossLevel is a timeloop movie on crack, FFwding through the traditional Groundhog Day approach to the point where our hero has developed a God-level mastery over his world. Loses some of the fun of timeloop discovery, but its a lean, messy but fun, B-action film in the best way.

Caught an early screening of #BossLevel and it was a great (is time-loop a genre?) time-loop action movie with heart. Definitely worth catching on a big screen. pic.twitter.com/CdYVYm1hMl

Thanks to #colliderscreenings we got to see #BossLevel the most insane and best action film of the year way in advance of its release date. Spectacular set pieces & such a cool high concept. Director #JoeCarnahan was extremely kind to my Kid. We had such a great time! 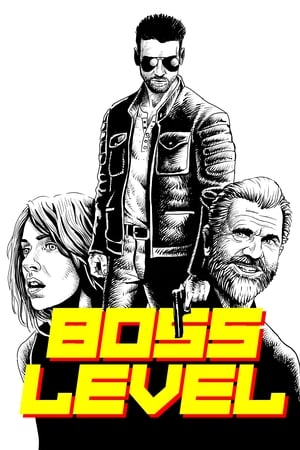