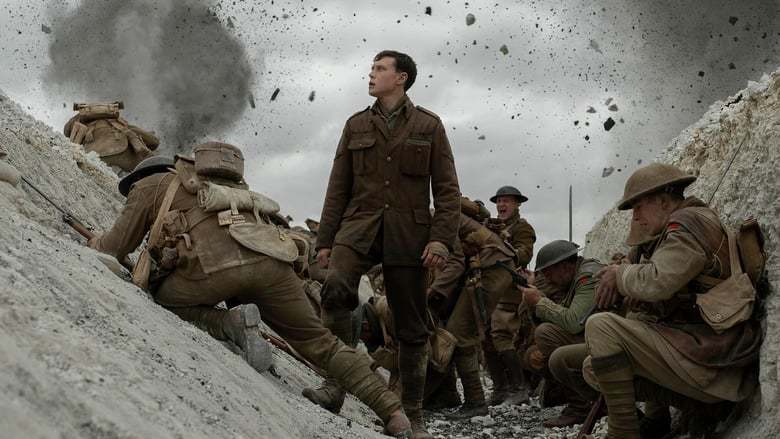 Entering awards season in late November is not something easily done yet 1917 just placed itself as a film that's not just a contender, but truly jumps ahead in the race. Production design & cinematography are flawless. Performances are A+. Bravo Sam Mendes. #1917Movie

It’ll be a powerful awards player. Lives up to all the promises Sam Mendes made in this story.https://t.co/uNzKcBod24

The cinematography for @1917 is simply extraordinary. Deakins man! Deakins. Exceptional. 1917 has exploded into the Oscar race.

Wow these 1917 reax are something else. Never count out those latebreaking films, folks!

1917 is as good an occasion as any to bring up that Road to Perdition is so underrated and deserved noms for Picture, Director, and Hanks in addition to the ones it got

Yes #1917 lives up to the hype. haven't seen a sweeps movie since expanded ballot. This is not solely a technical movie - it's an actor's movie and they will know it.

my favorite part of 1917 is when it cuts to roger deakins looking directly at camera to say ain’t nobody freak like me, give ya what u need like me

1917 is THE technical achievement of 2019. We’re with these men through every footstep & it’s unlike any war film you’ve ever seen before. Epic & tense direction by Sam Mendes, emotional & exhilarating music from Thomas Newman & an all timer from cinematographer Roger Deakins. pic.twitter.com/L0C7hKxR6C

“1917” is “Deakins the GOAT: The Movie.” There’s one set piece that is so overwhelmingly Deakins I’m at a loss for words. You’ll know it when you see it. pic.twitter.com/DyastKjzzi

“1917” is a spectacularly intense piece of filmmaking. I was breathless and tense for 2 hours. Director Sam Mendes and Cinematographer Roger Deakins put you deep in the mud of this horrifying war.

1917 is quite a thing. Always intense, often horrific (at times it feels like watching an actual horror movie). I was skeptical of the “one continuous shot” aspect — worried it would get too cute with it — but it really works for this story, putting us right there in this hell

1917 is a masterful study of suspense, artistry, and timing. I’m in awe of how Sam Mendes and Roger Deakins pulled it off. Definite nominations for picture, director, cinematography, and design. Possibly score and sound editing too. A major wow. pic.twitter.com/XXBjJRrgnN

#1917 is a tremendous piece of filmmaking. Bold in its storytelling, masterful in its execution- it's thrilling & emotional & I could not take my eyes off the screen from the second it began to the second it ended. The very definition of a film you MUST see on the big screen. Wow pic.twitter.com/KNO7Rp92TG

1917 is not for the faint of heart. An unforgettable anxiety-inducing cinematic roller-coaster ride. Sam Mendes & Roger Deakins have outdone themselves. A truly unique war film that puts the viewer into the war & on the front lines. A must-see on the big screen. #1917Movie pic.twitter.com/HpIG2LOKrL

‘1917’ is a thrilling, immersive, emotional journey into the heart of war. It’s exceptional on a technical level, yet frequently stunning in its simplicity. Sam Mendes & DP Roger Deakin (along with their crew) created a hypnotic cinema experience that is both riveting & moving. pic.twitter.com/qCrdquwdqC

If 1917 wins Best Picture, Chris Nolan is gonna be pissed!! “You mean I got Harry Styles wet for nothing”

I've seen a lot of movies and know how they are made and I have zero idea how Sam Mendes and Roger Deakins pulled off the cinematography in #1917. It's a stunning cinematic achievement and easily the front runner for the Oscar in cinematography. Mind blown. pic.twitter.com/Cz1Gri9NqP

From the second #1917 starts to the final frame, it's a total immersion into another time and place and it's just a stunning movie on every level. Another 2019 film that absolutely blew me away. See this on the biggest screen you can. pic.twitter.com/JfgXnnoyRR 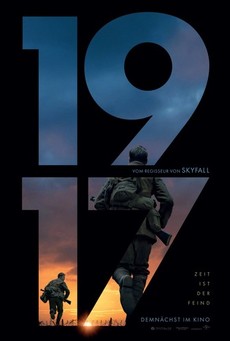