Maximilian: Why did you choose to play Montgomery Dark in „The Mortuary“? What do you find fascinating about the role and the movie in general?

Clancy Brown: The script was terrific. Ryan wrote a lovely spin on the old form of anthology horror. It was a tribute but also something completely new, it is delivered in an original way. The character was really familiar. Because we all know this kind of „storyteller-character“. He´s the guy who holds everything together and guides you through the different episodes. It´s an fantastic, funny and shocking movie.

Maximilian: Why is it interesting to look at a persons life from the perspective of his death? What does „The Mortuary“ have to tell us about it?

Clancy Brown: I think Ryan articulates that very well. Montgomery Dark says in the opening of the film: „The world is not made of atoms. It´s made of stories“. Montgomery is looking at bodies and tell you something about them. But there is always more than the dead bodies and the signs that have been left on them. These are real people with different stories, who lived and died for different reasons. And also you have to wonder…maybe it´s not true. Maybe he’s just inventing the stories of this dead persons. But I think he is putting together the small things, the scientific clues and then telling the story of these clients he has.

Maximilian: Do you think the horror genre is in crisis? If so, what can a movie and genre-mix like „The Mortuary“ improve on that?

Clancy Brown: No, I don´t think it´s in crisis. I think the horror genre is never in crisis. I think it´s one of the most creative genres on the planet. What happens usually is that there is a horror hit, there is some innovation of story telling or technical innovation or something like that. It´s introduced to the public and then comes the sequel. And after the sequel comes the next sequel. For example, Saw was a wonderful horror movie with great story telling. Also the film was an anthology in a way. Then the producers made so many sequels that the idea of „Saw“ was a little bit overused. But that doesn’t mean the innovation wasn’t worth it or the genre is overplayed. It just means we get used to this one and we need a new one.

Maximilian: Now a more technical question: How does an experienced actor like you prepare for a role like this?

Clancy Brown: Get a lot of sleep. Eat right. Take my vitamins. Learn my lines.

Maximilian: You also work as a voice performer in movies and TV shows. For example, you gave your voice to Mr. Krabs in "SpongeBob SquarePants". How is the preparation und performance of the role different from being an actor?

Clancy Brown: You have to be much more present and have less time to prepare. Because the character´s voice has to be developed first. Usually it´s obviously for everyone what is required. But sometimes it´s not and you have to have some choices in your pocket.

Maximilian: You have been an actor for over forty years and have played very different characters. So I want to ask you which roles you think are best or worst. And why? Do you have a favorite role?

Clancy Brown: Oh gosh, I can´t pick a favorite. I just can´t. Their jobs to me and the one job I had is the job which I got married after. And during another job my baby was born. I can´t pick a favorite film of mine because they are all markers of my life. Some films are better than others - for sure! But that’s not for me to say. It´s for people like you to say.

Maximilian: Because you were talking about jobs. Was it always your dream job to be an actor or how did you get into it?

Clancy Brown: No. I thought I give it a try because I was challenged by and liked doing it. I also knew it was not something that was easy make a living at. But I thought if I ignore it I would always kick myself for not at least trying. So I tried and now I’m wondering what would happened if I actually did something useful with my life. Too late now! 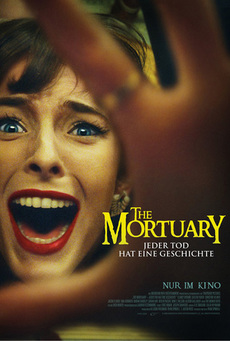