Maximilian: Your movie feels like a mix of different subgenres: there are elements of a teenage film, body horror, witch horror and so on. What did you want to achieve with this mix?

Brett+Drew: Many of the teen movies we grew up with were horrifying and sometimes a little too adult.  We think there's some true horror in that transition into adulthood, when you don't really know all the rules are just yet.  We wanted to reflect that a little by incorporating body horror and some darker elements. More precisely I think the inspiration in the body horror aspect comes from movies like "The Fly" or John Carpenter´s "The Thing". In the teenage film aspect we missed the young protagonists of the horror movies in our youth. Also we loved movies like "Fright Night" and "Poltergeist" that are scary but also funny in some moments.

Maximilian:  In many reviews one can read that today's horror films are too similar. What makes yours special?

Brett+Drew: The Wretched has a great and entertaining balance of fun and creep.  Plus, they don't make a whole lot of creature features these days - maybe because of the difficulty of practical effects.   But we wanted our witch to be a creature. So you can enjoy the interplay between the drama of the young characters and a creature feature. Also  we've been overloaded with the one location ghost story and home invasion movies for some time and it feels like a good change of pace.

Maximilian: Your movie also has nostalgic features in places and reminds of the 80s. Nevertheless, you never emphasize this element as strongly as, for example, "Stranger Things". Why did you decide not to focus on this element?

Brett+Dave:  We think nostalgia can feel like a gimmick and does more and more these days, so we didn't want that to be the focus.  We all love nostalgia, but enough others have done that in the past few years. We didn´t want people to think the movie is just that. It has that throwback flavor, because we're very inspired by Carpenter, Raimi, and Spielberg.

Maximilian: Your first movie was a mix of comedy and horror. In any case, you seem to have a fascination for the horror genre. What is it that fascinates you and what is most important to you about a horror Movie?

Brett+Drew: Horror is just the best of all the spices when you're making a film, because it really plants you in the shoes of the characters more than any other type of scene. It confronts the darker sides of humanity head on and it taps into the core thing that unifies all of us as humans, our intense will to survive.  Also one can share this thrill with the audience, which is a really positive experience.

Maximilian: You are brothers and you make movies together. Do you plan to always do it this way and what is special about making a movie with your brother?

Brett+Drew: Yes!  We are best friends and partners, so it's immensely rewarding.  There's no ego between us, so we can get twice the work done in half the time, because there's no bullshit.

Maximilian: I think it is always interesting for our readers to get an insight into how films are made. Could you briefly tell me how you came to this project?

Brett+Drew: After the first film, we decided to try again. However, it is difficult to get a studio excited about a creature feature, so we decided to make it independently: We wrote the script, found financing, and made it in our home state of Michigan.  So no studio made the creative decisions and we could do the creature feature that we wanted.

Maximilian: Which films have shaped you as directors the most and how one can find them in your work?

Brett+Drew: "Fright Night and "Halloween" are probably the most obvious influences on this film.  "Fright Night" for the story parallels and the playful switch between horror and comedic moments.  "Halloween" for its cinematography and patient suspense.  Sometimes you also don´t even notice which films influence your work. This is noticeable when you later watch the film with your friends and they find similarities to other works in it. 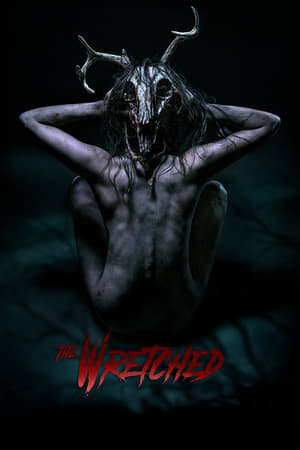 The Witch Next Door